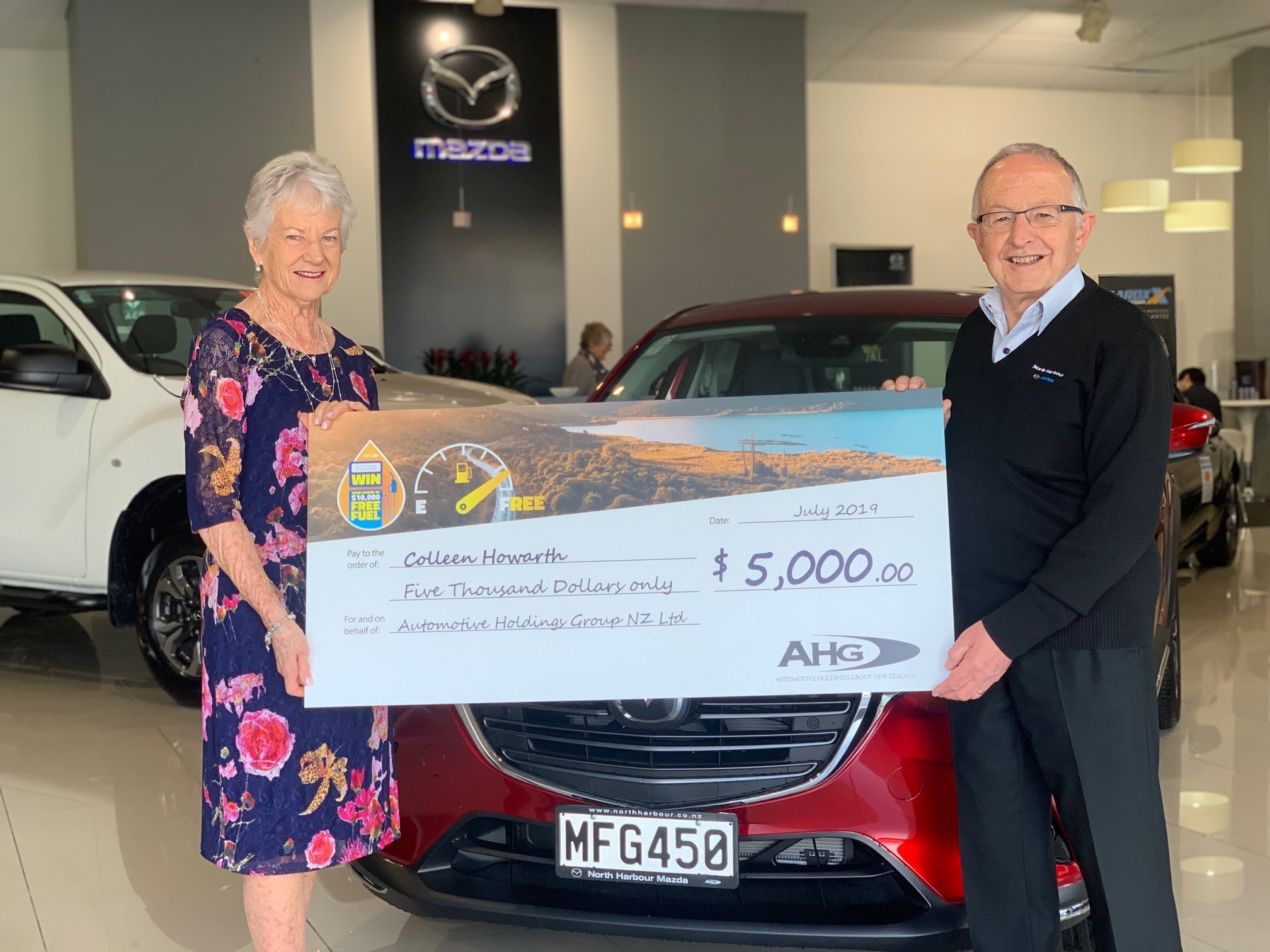 AHG Dealerships ran a special promotion for customers who purchased a vehicle between 22nd May – 30th June to win a share of $10,000 worth of free fuel. Any new or used vehicle purchased during the promotional period was entered to win one of the 3 prizes. First prize: $5,000 Fuel, Second prize: $3,000, Third Prize: $2,000 Fuel.

On Wednesday 17th July at the AHG NZ head office in Penrose we made the draw for our three lucky winners. Once the winner’s entries were verified as meeting all entry criteria including vehicle being paid for (or financed) in full before 30th June and delivered before 5pm 12th July, the winners were contacted with the good news.

Our major prize winner is Colleen Howarth who purchased a new Mazda CX-3 from North Harbour Mazda. After a holiday overseas, Colleen returned home to receive the news she was our lucky winner! Colleen was very excited when she visited the dealership on Thursday 8th August to collect her prize.

Our lucky second place winner is Stephen Lewins who purchased a new Ford Ranger from John Andrew Ford. Stephen visited the dealership on Thursday 25th July to collect his prize and salesman Nick Marriott from John Andrew Ford presented the cheque. Stephen was feeling very chuffed with his win. Congratulations! 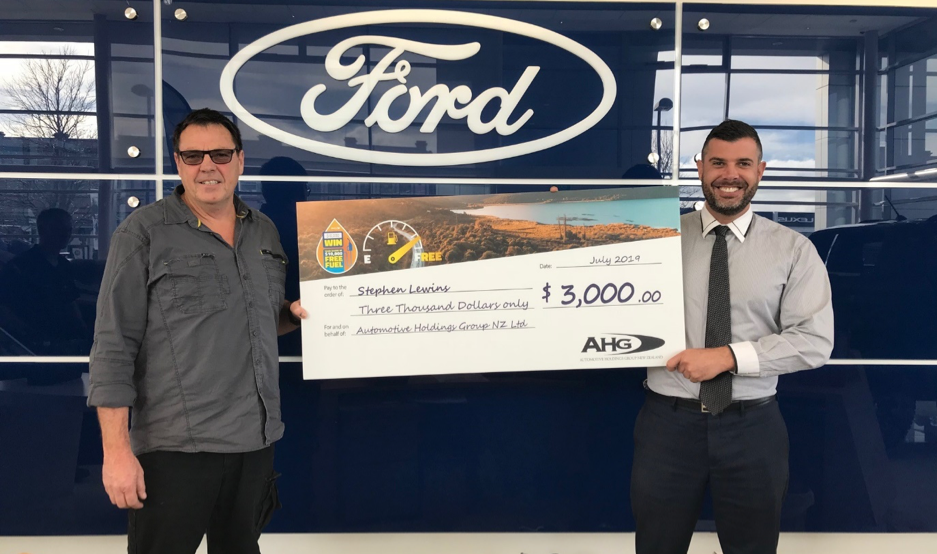 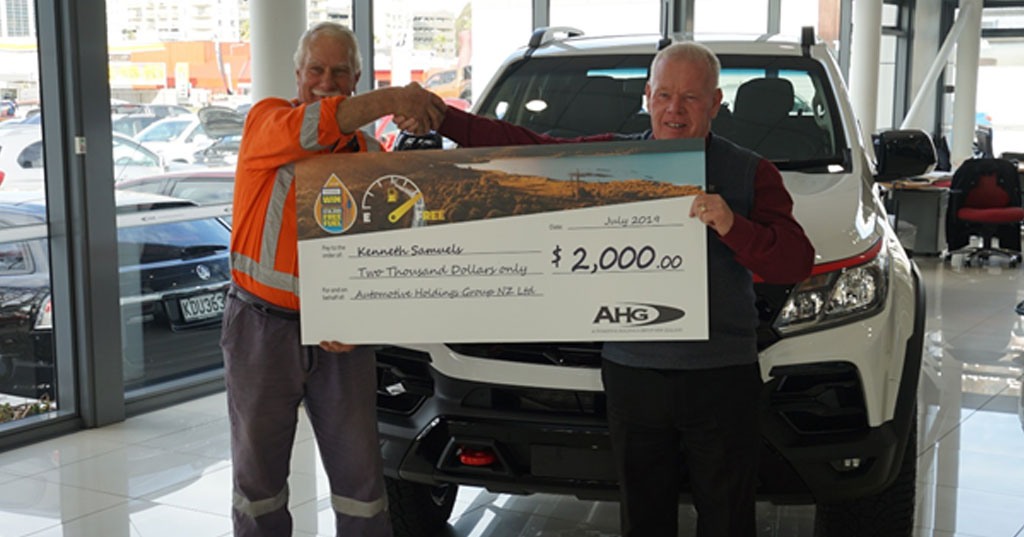 That’s a wrap on the AHG Free Fuel promotion for now but keep posted for the next opportunity from AHG dealers. Congratulations to all our lucky winners.