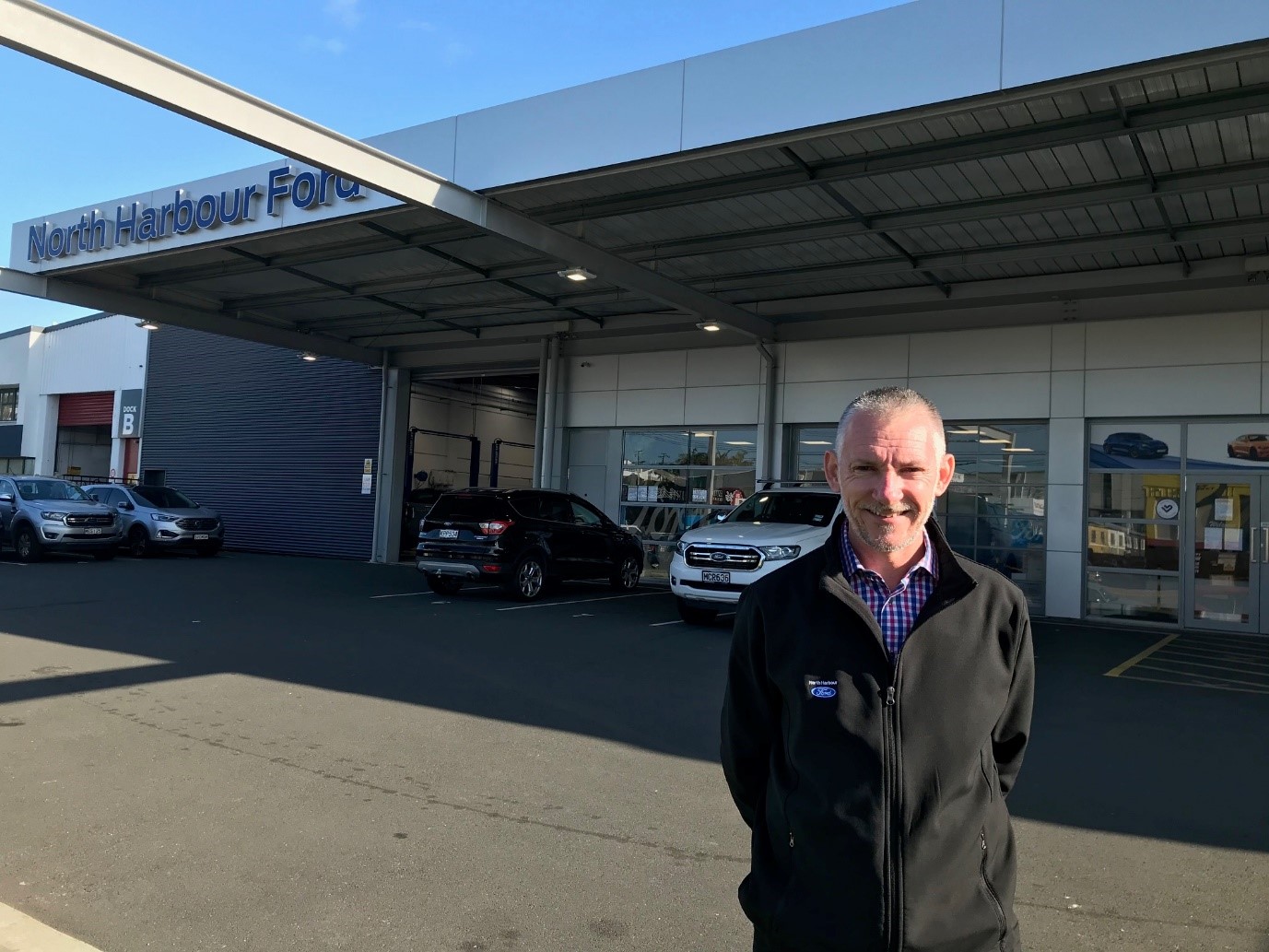 You may have seen his face on the back of a bus or on a billboard, but what you probably don’t realise is the face of Ford Motor Company’s advertising campaign is much more than a model; the automotive industry is etched into Paul Cartmell’s DNA, he has had a long and varied history in the game – more about that below. Today, Paul is the driving force behind Ford’s newest state-of-the-art service centre on Auckland’s North Shore; leading and supporting a team of 33 staff.

Paul started out his automotive career in 2001, as a technician at North Harbour’s Silverdale Service Centre. But, within two and a half years, he felt like a change and started looking for a more office-based role, a local BMW Dealership managed to poach him away from us and he spent nearly 5 years there in a sales and administration role.

However, in 2006, the gravitational pull of North Harbour Ford drew him back. First, he stepped up to the front line, bringing his considerable knowledge of the industry to the fore, as a highly effective salesman. But it wasn’t long before his natural ability as a technician drew him back into the service department – initially transferring to a technician role, then a few years later stepping up to run North Harbour’s Pre-Delivery centre.

After 2.5 years hard work in that role, Paul was promoted to Assistant Service Manager and, not to long after that, up to Silverdale’s Service Manager. After that he was the obvious managerial choice for North Harbour Ford’s, new Hillside Road Service Centre.

Paul’s primary focus is on ensuring customers have a consistently great service experience. “Customer service is everything to this business. Without our customer’s support, our business would fail”. However, Paul knows that delivering that experience isn’t something he can achieve on his own – it takes a consistent, well lead, team effort. He draws the greatest satisfaction from his job through training/coaching and mentoring his team, seeing their respective abilities grow in the process in a way that ensures “that our customers get a great servicing experience that sets us apart from the rest.” 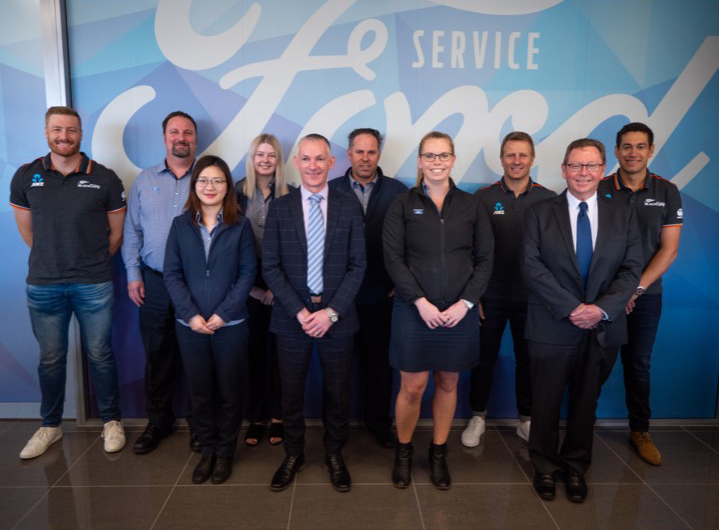 Paul’s proudest moment came with his team’s receipt of the 2017 Brand Standards Quality Control Award; being voted the best manufacturer’s service department in NZ. It was the first time in North Harbour Ford’s history that their service department had achieved the accolade. Achieving the award was no one-hit-wonder though; the team has gone on to retain the crown, winning again in 2018 and 2019.

As if all the automotive centre work above wasn’t enough, away from the job, Paul has invested a considerable amount time in running a motorsport company that builds both rally and race cars. He shares this passion with friends and his wife and their two children. These days, when he manages to get out of the office, building cars has become secondary; instead he prefers getting off the side-lines and behind the wheel for a fix of race induced adrenaline.