When one thinks of car dealerships, they could be forgiven for visualising an industry dominated by a bunch of suited men, all vying to outsell each other. Until recently, this gender imbalance perception may well have been justified, however, at North Harbour Ford and Mazda we’re proud to break down this stereotype from the top; Liz Stewart is showing the way and breaking the mould in more ways than one. 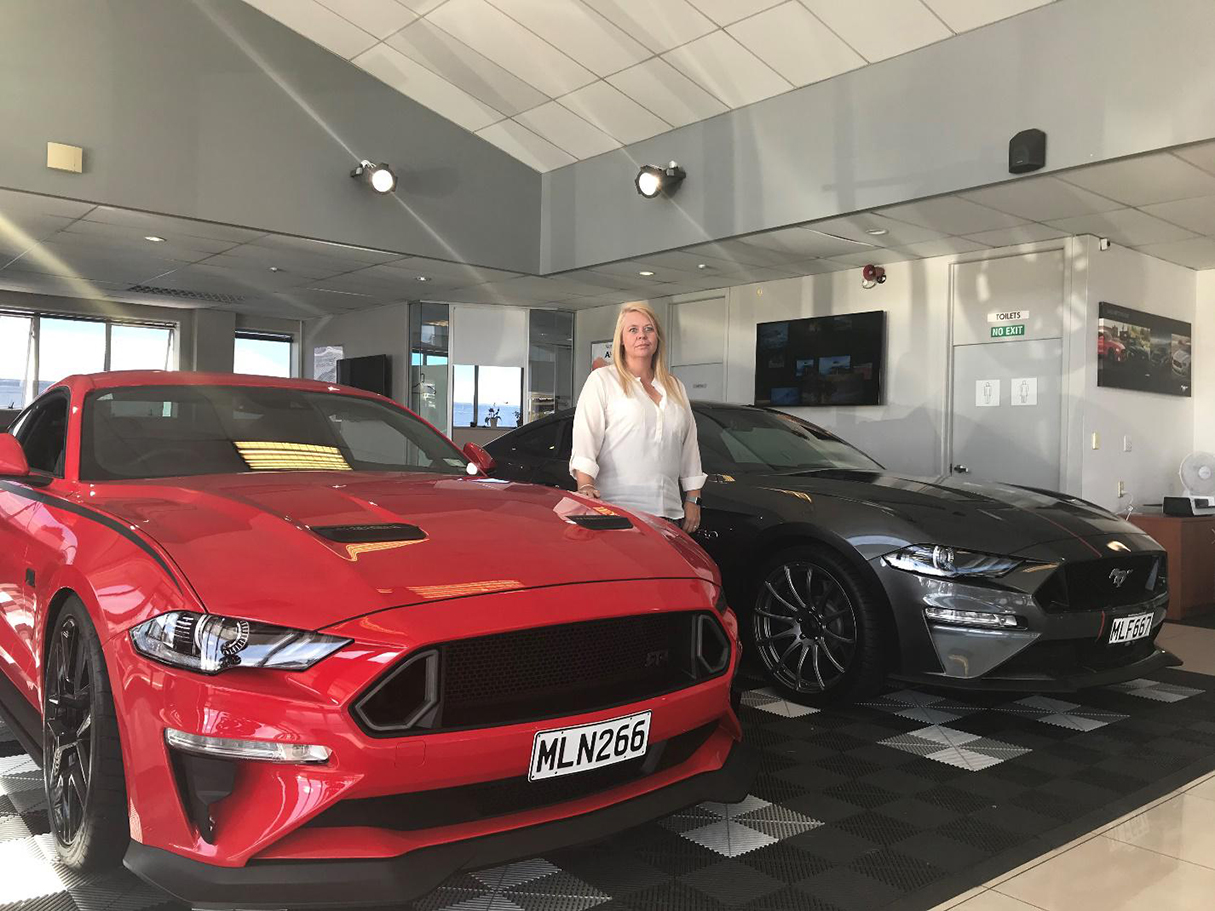 After a 13-year career as North Harbour Ford and Mazda’s Vehicle Clerk she stepped up to the role of Used Vehicle Sales Manager at North Harbour Ford Premium Used, North Harbour Ford and Mazda’s dedicated pre-owned sales site. The knowledge she gained through observation on the side-lines, coupled with her application of a ‘fresh pair of eyes’ to the role has stirred the industry up, for the better; bringing innovative new ideas to the table and raising the bar for our competition. One should hasten to add that you won’t hear Liz overtly make the claims above, she’s a bit too humble for that – her approach is more to lead by example and just get on with the job at hand.

Liz is no stranger to ‘smoking things up’ in the world of motoring and she’s a bit of a celebrity in the motorsport world. Liz holds the current title of New Zealand Burnout Champion; a title she’s held for several years. In this case, the tools of her trade consist of a 1969 small block Chevrolet Camaro. Speed, smoke and loud engines have always been one of Liz’s passions – she has been competing in the sport, both nationally and internationally, for more than 23 years. “I’ve competed more times than I can count” remarks Liz.

Liz’s passion for the world of motoring doesn’t just end on the sales yard or the drifting track - she also owns an impressive collection of pre-1979 cars; including a much coveted 1971 Ford Falcon GT Coupe and a 1969 Chevrolet Camaro. To cap this off, and proving that girls can do anything, when the garage door is shut she has also found the time to hold down what many others would consider the full time job of being a ‘supermom’ to twins.

Next time you find yourself at the lights alongside a 1971 Falcon Coupe with a ‘girl’ at the wheel, I’d think twice about blipping that accelerator.